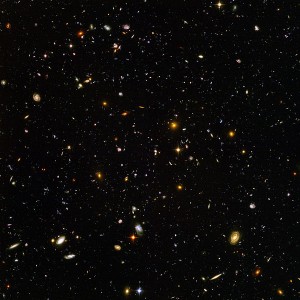 After six years and different solo projects Hendrik and Torsten are back with their first official sign of life as Sender Berlin. With their new EP „Deep Field Transmission“ on Snork Enterprises Records they continue with the distinctive sound of „Spektrum Weltweit“ in a consequently developed shape. The opener „Deep Field“ leads the field progressive, vibrating and straight like a live-jam, „Elapse“ is oscillating between spherical analog sounds and aggressive leads and „Transmission“ transmits raw, direct and in your face!

About the title of their new EP, Sender Berlin explained: „Deep Field is the picture made by the Hubble telescope… so far the deepest look into our sun system. And because there was long time no hear from us, we now broadcast from there.“ 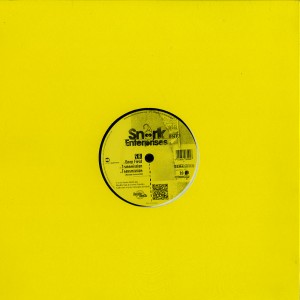 more about Sender Berlin:
Sender Berlin, the producer duo of Hendrik Vaak and Torsten Litschko, belong to the great discovers of the 90´s Tresor Headquarters generation. Their „Spektrum Weltweit“ debut album released on Tresor Records in 1999, with its subtly fusion of filigree grooves, minimalistic deepness and playful melodies is one of today´s classics in the techno genre. Allmusic appreciates their work with the words: „Sender Berlin keeps tweaking their songwriting, never recycling the same song idea twice, but still using a consistent palette of sounds to differing results with each song.“ The unity of multiplicity influenced also the main idea of their UnGleich record label which was founded in the same year and which set standards as related to stylistic bandwidth and uncompromising quality. In August 2002 Sender Berlin made a piece of radio history with recording the Sender Berlin Peel Session in their own studio with the attendance of the legendary BBC-DJ John Peel. At that they followed some other artists footsteps like LFO, Aphex Twin, Chemical Brothers, Autechre and Underworld, whose superior importance have also been underlined by exclusive John Peel Sessions.